Government must extend a helping hand to charitable sector

Fewer Canadians (and fewer businesses) are in a position to give to charity, even as more of us need help from the sector 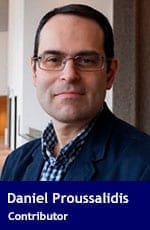 It didn’t take long for the federal government to help grieving families when an Iranian missile brought down a Ukraine passenger plane in January.

There were 57 Canadians and 29 permanent residents among the 176 who died in the crash.

Very quickly, Canada’s government set up a $1.5-million donation-matching program for a special charity created to help the victims’ families.

And it was a recognition that government can partner with civil society in strategic and helpful ways.

We all know how COVID-19 lockdowns have ravaged the economy and Canadians’ livelihoods. Fewer Canadians (and fewer businesses) are in a position to give to charity, even as more of us need help from the sector.

As a result, charities’ revenues have sunk by an average of 30 per cent since the onset of the pandemic. Almost a third of them have laid off staff. More than half say new or additional layoffs are possible.

So now is the time for the federal government to step in and give Canadians a nudge.

One economic expert acknowledges that Canadians are “very willing to help those who are less fortunate” in normal times.

But these aren’t normal times.

“Even those of us who are lucky to still have jobs or have some sort of job security, we don’t know what’s going to happen next week and certainly not next year,” Ashley Challinor, vice-president of policy at the Ontario Chamber of Commerce, told Cardus podcast The Long Way. “So the government coming in and offering some sort of immediate and substantive support to mitigate some of that risk and encourage people to give what they can, I think would be very helpful.”

“I do think we want to continue to cultivate a spirit of generosity in our society,” Jivani recently told The Long Way podcast in the days before his appointment as chair of the Premier’s Council on Equality of Opportunity to fight racism in Ontario.

Jivani and Challinor make a similar point: Canadians are generous but they need encouragement to give – especially given the economic uncertainty they and their employers face.

That’s part of the reason why a federal donation-matching program makes sense in today’s context.

Besides, we know such programs genuinely work to help charities.

With seven out of 10 charities in Canada financially stressed, such a boost couldn’t come at a better time.

But a donation-matching program isn’t just about dollars and cents. It’s also about connecting federal dollars to where there’s genuine need.

Jivani notes that charities are a critical link between government and those on the margins of society.

“Government needs civil society often more than it acknowledges,” he says, adding that government should realize “that in order to be effective, it needs these community partners and these faith-based organizations, and all these folks that connect the community to government in many cases.”

Matching their charitable donation choices is the most democratic way of letting Canadians’ decisions guide public funds to where they’re most needed.

No need for applications.

No need for bureaucracy.

No need for much fanfare at all really.

The only need is for the federal government to do what’s done so often before: set up a one-to-one charitable donation-matching program.

The charitable sector will become more sustainable almost overnight. And that will leave charities in a better position to continue their work in making Canadian society healthier and more vibrant.

Daniel Proussalidis is director of communications at the think-tank Cardus and host of The Long Way podcast.

Government must extend a helping hand to charitable sector added by Cardus on June 12, 2020
View all posts by Cardus →